Launched in the heart of summer during the Bellerive 2019 Festival, the Haute-joaillerie Pomander collection by the Geneva brand Charles Zuber transcends the memory of an exceptional craftsman. Precious stones Festival, magical harmonies.

Loyal to the spirit of this performer of the unreachable, this master jeweler who gave it his name and values, the Charles Zuber brand is installing the Pomander in the heart of contemporaneity. It revitalizes this mythical accessory by using its mastery of jewelry skills, its constant quest for the most inhabited stones as well as its sense of combinations of materials. An inspired line is born.

The Pomander, spider claws and magic of materials Today as in the past, this jewel will be worn as a pendant, at the extremity of a scarf necklace and an endless chain of two meters long, in earrings or even studs, in open-ended bracelets. “Its shape of a high-value warhead, finely enclosed by a protective net with threads so fine that they can be erased, offers all the light to precious and semi-precious stones as well as their multiplicity of colors and heats” explains Vincent Perego, a high jewelry gemstone setter at the origin of this brand that puts Geneva back at the heart of the international jewelry tradition.

“Offering the precious or semi-precious stone dome and its powerful design in a puristic case, without a maximum of material, allows the Charles Zuber Pomander to be declined in an infinite series of variations” highlights this entrepreneur who is fascinated by quartz with rutile, a material rarely used in high jewelry but whose inclusions play on transparencies and tiny opacities to the point of creating crystal hairs, which are virtually organic.

History tells that this spherical shape, also known as the amber apple, was filled with fabrics soaked in prophylactic essences such as ambergris, civet or musk. From the Renaissance onwards, these adornments were transformed into pieces of goldsmith’s work created from carved precious metals. Often, their small spherical cage would use to be opened at the equator by a discreet hinge or spring system.

Experiential music scores. Bellerive Festival Launched in the middle of summer as part of the enchanting Bellerive Festival, the Pomander line met purists and lovers of breathtaking views, fine music, and rare locations. Founded by Lesley de Senger in 1985, this event was initially a piano tribute. Gradually, the festival became a must-attend event for six evenings and one matinee. It moved to the Ferme de Saint-Maurice Estate in 1999, has since then devoted itself to Chamber Music and favors numbered seats (450 only) in a setting with breathtaking lake views. The Charles Zuber brand had made this very Geneva-based event the launchpad for its 2019 Pomander collection.

Key data for Charles Zuber A high jewelry brand based on the values and know-how of a late master jeweler, Charles Zuber brand has restored Geneva and its historic jewelry tradition at the heart of current events and on the world’s markets. During his lifetime, recognized by his peers, Charles Zuber managed to produce legendary jewelry watches for the most prestigious watch brands, the ultimate in high-jewelry timepieces. Swiss Made, ethical in the careful choice and traceability of the materials used, precious and semi-precious gemstones, Charles Zuber also has a high-level watchmaking dimension. To be discovered soon. 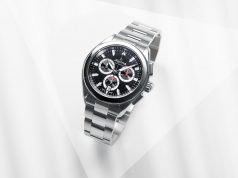 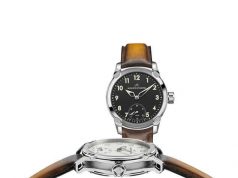 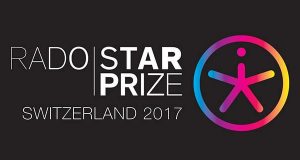