The 2019 edition of the Chronometry Contest, here we go! Embarked in an “80-day precision tour” in the most Swiss of discretions, the competing timepieces will see the public light again on 16 December 2019 when the results will be announced. In the meantime, and this is a premiere, two surprise guests, out of the competition and therefore openly, will make the different stages of this exciting competition visible and public. These are two school watches made by ET-CIFOM students from the watchmaking school in Le Locle.

Two school timepieces? One of them has a mechanism of innovation that should increase its accuracy. What better way to evaluate the potential benefits of such an invention than through the 2019 Chronometry Competition, which includes several precision controls (COSC and ISO 3159 standards) and is interspersed with attacks in the form of shocks (Laboratoire Dubois) or exposure to magnetic fields (Timelab)? Because, by comparing the scores of the two pieces, academic leaders and students, all passionate about this challenge, can identify concrete conclusions.

The introduction on the competition of these two timepieces based on values such as the transmission of knowledge and the training of tomorrow’s watchmakers also offers a major advantage to the organizers: it is finally possible for them to communicate, with images in support, on the different phases of the Contest. Since these two “squatters”, unlike the officially participating pieces that come from the brands, will not have to be treated in the greatest secrecy. They will be able to become sensors, witnesses of the tests they have undergone.

Mystery suitcase, the competition is launched On Friday, August 30, 2019, the deadline for the registration of the listed timepieces, the manufacturers’ representatives personally brought their “racing creature” to the Château des Monts, the Le Locle Watchmaking Museum. There, under the age-old light of the museum chandeliers of this sumptuous historical display, they signed the official acknowledgment of receipt received from Philippe Fischer, President of the Competition. The watches were then stored in the Competition Suitcase, secured and duly insured while awaiting their departure on the roads of the chronometric feat.

Precision and reliability, the power of History
Under the motto “precision and reliability”, the Chronometry Awards remain the most objective competition in the entire watchmaking galaxy. Indeed, it is impossible to insert any human judgment or subjective appreciation into the results. It is all about measures controlled by a Notary Public and conducted in a strictly fair manner. Relaunched in 2009 by the City of Le Locle in tribute to the most prestigious and high profile historical pages in watchmaking history, this competition is supported by a host of partners, such as the FHH, Fondation de la Haute Horlogerie. This competition is to watchmaking what Formula 1 is to the automotive world. The simple fact of being on the starting line is already a consecration in itself.

Watches of the Watchmaking School
Since 1902, it has been Technicum, alias “Le Tech” for the Neuchatel population. Today, the Le Locle School of Watchmaking, founded in 1868 under the initiative of the watchmaker and politician Henri Grandjean, is part of the ET-CIFOM, the Technical School. In 2018, to celebrate the 150th anniversary of this institution, teachers and students had launched a challenge: to conceive and produce 150 numbered school watches. Special finishings, ETA caliber 6498, assembly at school. Almost half of the pieces are still on sale for CHF 1’150.00, a reference to this anniversary. Inspired by this exciting experience, the school’s students and their teachers offered two specifically prepared watches to the 2019 Chronometry Competition. In one of them, an innovative mechanism has been developed to prevent any over-tension in the barrel spring. This is a prototype type modification. In the other one, it is the part devoted to the accuracy adjustment that has been modified. And the colors of their dials, blue and anthracite, attest to their origin since these are the colors reserved for tomorrow’s watchmakers as part of their training.

For more news for the watch industry: Watches 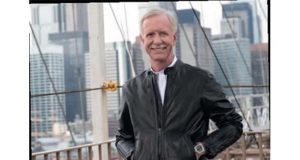 Editor - 02/05/2013 0
To bolster the model identification, JEANRICHARD additionally redesigned its timepieces from scratch. The intention was to create an iconic, emblematic mannequin that might be...