JEANRICHARD featured in Alex Hepburn’s video Miss Misery as part of her much-acclaimed debut album Together Alone, following the raving success of her first video Under, with over 12 million views.

British songstress Alex Hepburn launches her second video from the album Together Alone. Titled Miss Misery, the video tells a story of a psychological conflict between two versions of the main character, torn between very disparate scenarios. In the end, the protagonist seems to have found her way, driving away into the horizon.

The strength of the character in the video, but also of Alex Hepburn as a singer, is very much aligned with JEANRICHARD’s axiom of living life to the fullest and allowing new discoveries. More than a watch, it’s a state of mind in which the whole of Swiss watchmaking expertise and traditions are concentrated and represented in the smallest technical detail of JEANRICHARD timepieces. In its wake, the design belongs to a world of innovation without compromise or ostentation.

Directed by Emil Nava, the video’s aesthetic features his signature style, matching cinematic storytelling and intense artist portraits with an edgy, fast-paced cut. Having worked with Jessie J, Ed Sheeran and Rita Ora, his expression is representative of a new wave of filmmakers introducing sleek and sharp creative angles to music
videos of well-known international artists.
The atmosphere in the video has a retro vintage look embodying traditions rooted in centuries past, while still retaining modern and contemporary look, much like JEANRICHARD.
This collaboration reflects both Hepburn and JEANRICHARD’s dedication to all who reject stereotypes and embrace the world with courage and braveness, expressing their own, very unique philosophy.
JEANRICHARD watches have been conceived for all those who enjoy challenges, revel in the unknown, and would like to live their lives to the fullest, savouring the best of each moment. These are the everyday adventurers, who enjoy authenticity and will make no compromises, be that on quality or on design. These are independent spirits who scorn conventions and play by their own rules, travelling off the beaten paths.
The art of life JEANRICHARD timepieces come in four different collections that each pay tribute to the elements of our universe. Terrascope, Aquascope, Aeroscope and 1681. Earth, water, air, plus the fire of passion that has inspired our brand for over three centuries and animated all sophisticated globetrotters on a daily basis. 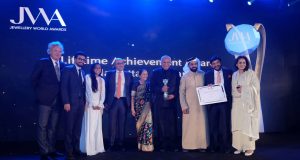