Since 1860, Constant Girard-Perregaux strove to develop an unrivaled watch whose movement was not just a purely technical component but also instantly recognizable. Contrary to his peers, whose work quality was to focus on technical details or finishing, Constant directed his research towards the architecture of the movement.
He thus developed the famous parallel “Three Bridges” under which the mechanism was aligned. Initially, they were straight with pointed ends and produced in nickel silver. A Tourbillon fitted with the Three Bridges entered the Observatoire of Neuchâtel competition in 1867. It won first prize and its precision record
remained unbroken for a considerable time. That same year, the watch won a medal at the Paris World’s Fair.

Continuing his work, Constant Girard-Perregaux honed the design of the Bridges which took the shape of arrows with spreadout ends. In addition, 21 carat gold replaced the nickel silver as the functional material. In his concern to protect against possible imitations, the movement was filed by Constant Girard-Perregaux in March 1884 with the United States Patent Office. In fact such an office did not exist at that time in Switzerland until 1888.
For Constant Girard-Perregaux, 1889 was the year of another challenge: the World’s Fair held in Paris, the event that showcased the Eiffel Tower. The aim was to enter a watch that was exceptional in every way. There was no doubt about the movement; it had to be the Tourbillon with Three Gold Bridges. In its most complete version, with pivoted long detent escapement, it also had to be given a suitable casing. Constant Girard-Perregaux opted for a heavy pink gold case engraved by Fritz Kundert, then at the height of his art. Kundert  made use of all the techniques known at the time (most of which are now forgotten) to produce an extraordinarily rich and beautiful decoration. 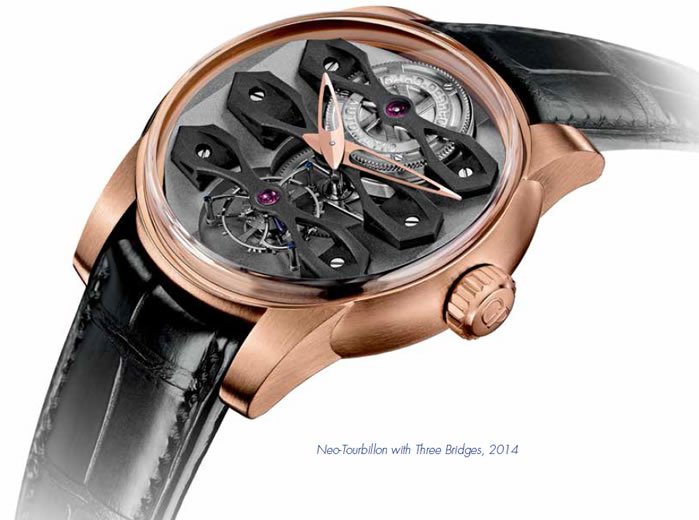 On September 29, 1889, came the verdict: Constant Girard-Perregaux’s masterpiece received a gold medal at the Paris World’s Fair. But its story did not stop at that: after the exhibition, the famous watch and jewelry retailer, Hauser, Ziwy & Co, running the “La Esmeralda” stores in Paris and Mexico, were appointed to market the watch. This is where the name we know today originated. A short time later, and without the details of the transaction ever being known, it was acquired by General Porfirio Diaz, then the president of Mexico. La Esmeralda only reappeared by chance in 1970; during a trip to Mexico, one ofthe co-owners of Girard-Perregaux was contacted by one of the general’s heirs and offered the famous watch for a sum that we will not disclose here. The transaction was agreed and since then La Esmeralda has found a place of recognition in the collections of the Girard-Perregaux museum.
This exceptional watch has had an exceptional destiny. La Esmeralda remains an enigma to this day but it is still an endless source of inspiration: why three
arrow-shaped Bridges? What do they symbolize? Still recognized 125 years later, the Girard-Perregaux contemporary Fine Watchmaking collection has never had so many Tourbillons with Three Bridges, from the most classic to the most innovative, like the Neo-Tourbillon with three Bridges presented at Baselworld 2014. These three Bridges are quite simply unique. 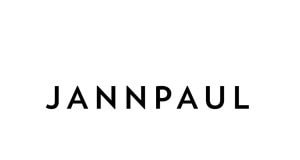