Home NEWS James Blunt wears Iconic Terrascope in Bonfire Heart
Facebook
Twitter
Pinterest
WhatsApp
Linkedin
ReddIt
Email
Print
Tumblr
Telegram
VK
Digg
LINE
Viber
The international music star sports a JEANRICHARD timepiece in newest video
JEANRICHARD appears in James Blunt’s latest video. The Swiss watchmaker’s Iconic Terrascope with black dial and black rubber strap is presented throughout “Bonfire Heart”. This is the first single to be released out of Blunt’s much anticipated fourth studio album “Moon Landing” that is expected to hit the market by the end of October 2013. The collaboration between both, the singersongwriter Blunt and JEANRICHARD is about the dedication to a passion and the pursuit of dreams. It is about more than music or a watch – it is a philosophy of life and the desire to enjoy the road being travelled along the way.

James Blunt’s latest single “Bonfire Heart” is an anthology of dreams, longing, and love. It’s as much about getting back to basics and rediscovering the power of music as it is about communicating emotions directly and honestly, without too much polish or complication.
“In my teens, I found freedom in music. It’s a way of dreaming, a way to express who you are to the audience, but just as importantly, to yourself. It has taken me a while to understand it, to feel it again – and start dreaming again”, says James Blunt, who has so far sold nearly 17 million albums and 20 million singles worldwide.

This collaboration with JEANRICHARD reflects this pioneering nature, distinguished achievements and remarkable values, as well as the soulful spirit that comes to light through people’s exceptional experiences and their take on the axioms of life.
“Bonfire Heart” is also all about bringing people together and about how someone – be it family, a friend, or a lover – can inspire you and ignite that spark in us, leading us to achieve extraordinary things.
This is very much in line with JEANRICHARD’s philosophy of life that is inspired by exceptional journeys and explorations and by outstanding personalities who take on the world on their own terms, with joy and gusto, becoming everyday heroes while shaping the voyage of others along the way.
The clip also portrays the exhilaration of distant places and new discoveries, much like JEANRICHARD timepieces express the sheer beauty of great open spaces and the desire to live your life to the fullest. More than a watch, it’s a state of mind.
ABOUT JAMES BLUNT
James Blunt was born in an army hospital in Tidworth, Wiltshire in 1974. He was educated in Harrow and Bristol. Initially signing up to four years with the British Forces, he ended up serving six, in Canada, Kosovo and then London. After being spotted playing at the South by Southwest Music Festival, Blunt was signed by Linda Perry to her new label Custard. Following the release of his album “Back to Bedlam”, his career was marked by the success of the single “You’re Beautiful”, catapulting him to the heights of international stardom.
James Blunt also recognizes the power of his high profile to do some good, supporting non-profit organizations such as Medicines Sans Frontiers and Help For Heroes (including three foiled attempts to play in Afghanistan to an audience of serving soldiers), and to draw attention to the issue of climate change.
ABOUT JEANRICHARD
JEANRICHARD watches have been conceived for all those who enjoy challenges, revel in the unknown, and would like to live their lives to the fullest, savouring the best of each moment. These are the everyday adventurers, who enjoy authenticity and will make no compromises, be that on quality or on design. These are independent spirits who scorn conventions and play by their own rules, travelling off the beaten paths.
The art of life JEANRICHARD timepieces come in four different collections that each pay tribute to the elements of our universe: Terrascope, Aquascope, Aeroscope and 1681. Earth, water, air, plus the fire of passion that has inspired our brand for over three centuries and has excited sophisticated globetrotters every day anew. 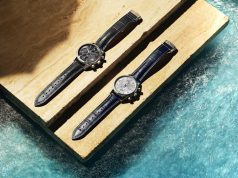 Anchors away for Frederique Constant and the Riva Historical Society 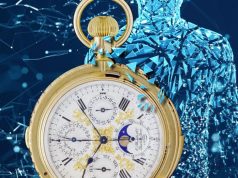 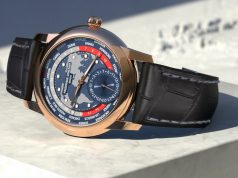 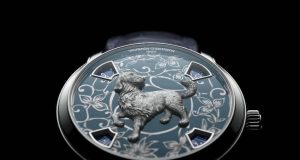 Métiers d’Art The legend of the Chinese zodiac Year of the...

Editor - 12/10/2017 0
Métiers d’Art The legend of the Chinese zodiac Year of the dogVacheron Constantin is pursuing its dialogue with collectors and passionate devotees of Haute...