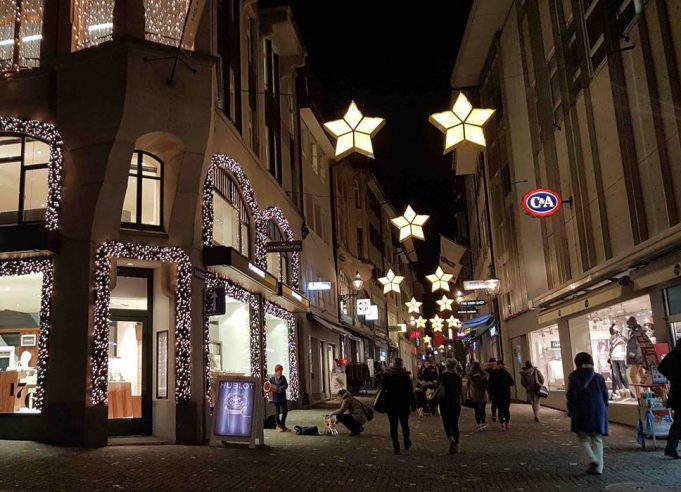 These Charles Zuber earrings are precious and rare jewels promised to many variations. They are brimming with an enchantment that is akin to the seasonal glimmers, the shines of snow crystals and tears of frost. Conceived by the Maestro, this specially shaped and aesthetically different Etoile de Lucerne – Lucerne Star – also tells a poignant story.

During his apprenticeship with a local jeweler, the Burger Company, the young would-be jeweler Charles Zuber, carried out a competitive examination launched by the City Council of Lucerne. His design won first prize. If his relatives had not disclosed it, this star might have remained an orphan forever in terms of creative fatherhood. And this despite the intensity of its current relevance, since it remains 70 years after its launch the original aesthetic highlight of the illuminations that ignite the city on the eve of the end of the year celebrations.

Discreetly ever-present in the Charles Zuber brand DNA, a Swiss signature that claims to be part of Geneva’s tradition of excellence in jewelry and watchmaking, this so-called Lucerne star also exists as an official website opening. Inspiring, contemporary and definitely timeless, it was designed by the late Charles Zuber, a Genevan with Lucerne origins. In the expert and meticulous hands of in-house gem-setters and jewelers, this star of Lucerne now generates a pair of earrings heralding a new line of Haute-jewelry.

First designed in 1949 by Charles Zuber during his apprenticeship, this contemporary aesthetic star still transcends one of Europe’s most popular Christmas markets. These earrings are the first of a new collection.

The journalist writer Malcolm Lakin did some researches on the request of Vincent Perego, founding partner of the Charles Zuber House which is committed to the historical heritage of the Geneva jewelry sector. He discovered that the behind-the-scenes craftsman who gave his name to a brand wishing to perpetuate his values and talent had left other traces than the masterpieces of jewelry and watchmaking manufactured by the most prestigious Swiss Haute Horlogerie brands.

Like a forgotten Christmas story, Charles Zuber has left this iconic star behind him. It is the star of rebirth, vitality and limitless brilliance. It is this celestial body firmly attached to the borders of a horizon of promises which is being expressed into seduction and pleasure in this period of gifts and celebrations. Emotionally overwhelming, tremendously desirable.

This mobile, lightweight and airy earrings fly around in the magic of festive and commemorative moments around their secure anchorage point, an attachment pin system for earplugs. The framework and chain connecting elements are in pink gold. Alternating colored stones, purple royal rhodolite garnets, and custom hand-cut tsavorites, shaped like drops or diamonds baguette. Claws gem-set Star of Lucerne and the pear-shaped main stone are brilliant-cut (57 facets). A pure Haute-Joaillerie savoir-faire by Charles Zuber.

True to the spirit of the master jeweler who gave it its name and values, a skilled and ingenious craftsman recognized by his peers, the Charles Zuber brand places the Pomander at the forefront of the world of contemporaneity. It brings this mythical accessory to life again by using its mastery of jewelry techniques and an ability to select and match the most inhabited stones. Today as in the past, this jewel will be worn as a pendant, at the extremity of a scarf necklace and an endless chain of two meters long, in earrings or even studs, in open-ended bracelets. «Its shape of a high-value warhead, finely enclosed by a protective net with threads so fine that they can be erased, offers all the light to precious and semi-precious stones as well as their multiplicity of colors and heats» explains Vincent Perego, founding-partner of this brand that puts Geneva back at the heart of the international jewelry tradition.

Pomander Collection: The legendary apple of scents celebrated by the Charles Zuber brand 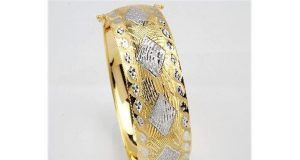 Editor - 18/03/2014 0
Mamuş Jewelry , which is one of the hallmarks of the sector, has different design alternatives for 2014 Spring Collection immerses lives with the...