FREDERIQUE CONSTANT, the Swiss watch brand is delighted to announce the continuation of its partnership for its third consecutive year with Oscar® winning actress and philanthropist Gwyneth Paltrow as its Global Charity Brand Ambassador.

Since 2016, Frederique Constant has partnered with Academy Award winning actress and philanthropist, Gwyneth Paltrow, as its Global Charity Brand Ambassador. As part of the campaign, Gwyneth chose to align with charity organization, DonorsChoose.org, involved in supporting education for children, making it easy for anyone to help a classroom in need, whether it is through books, school supplies or funding field trips.

ALETTA STAS, Board Executive and Co-founder of FREDERIQUE CONSTANT said, “We are very happy to continue our collaboration with Gwyneth Paltrow as our Global Charity Ambassador.” “Giving back is just as important to Gwyneth as it is for us, and thanks to her and our brand’s engagement, we will continue to support DonorsChoose.org educational projects.”

Since 2004, Frederique Constant has donated $50 upon each watch sold from the brand’s Ladies Collections. Together with this, Frederique Constant and Gwyneth Paltrow joined together for an exclusive event to launch the brand’s Lady Horological Smartwatch. A group of young students from the DonorsChoose.org program was invited to participate in a “5000 steps Challenge” conducted by Gwyneth Paltrow alongside celebrity fitness trainer, Tracy Anderson. Frederique Constant was honored to contribute a donation of $50,000 to the DonorsChoose.org organization, specifically towards their movement and sports programs throughout public schools.

“I am very happy to continue my partnership with Frederique Constant and excited to unveil my latest Charity campaign for the brand,” said Gwyneth Paltrow “What’s great about Frederique Constant is their combination of classic style and strong values that I really agree with, but also they have a beautiful commitment to sharing their success by giving back. We are very well aligned in our passion for charity.”

To celebrate the partnership renewal, the Swiss watch Manufacturer unveils its new Charity Advertising Campaign, which will promote the Ladies collections of the brand moving forward.

Oscar®-winning actress Gwyneth Paltrow, whose 1998 turn in SHAKESPEARE IN LOVE garnered her Best Actress honors at the Golden Globes®, Screen Actors Guild Awards®, and Academy Awards®, is also a decorated author, singer and entrepreneur. In 2011, she won an Emmy® for Guest Actress in a Comedy series for playing substitute teacher Holly Holiday on Glee, and her song, “Coming Home,” from the soundtrack for COUNTRY STRONG, was nominated for an Oscar® (the album went gold). In addition, Paltrow has authored three New York Times Best Selling cookbooks, My Father’s Daughter (2011), It’s All Good (2013), and Its All Easy (2016)—the latter two hit #1.

In 2008, Paltrow founded goop, a lifestyle brand devoted to making every choice count, where food, shopping, and mindfulness collide: In particular, goop has gained acclaim for its focus on health, wellness, and clean eating, as well as its city guides, an insider’s perspective on the very best places to eat, shop, and stay in the world’s most compelling destinations. Goop’s recent ventures include goop Magazine in collaboration with Condé Nast, goop Lab, its first permanent store located in Los Angeles, CA and their bi-annual In goop Health summit. In addition, goop has a tightly edited digital shop, a book imprint and its own product lines, including skincare, fragrances, apparel, bath soaks, and supplements.

Goop also strives to fulfill a mission of helping women reach their full potential and gaining autonomy over their own health. After serving as goop’s Chief Creative Officer since its inception, Paltrow assumed the CEO mantle in 2016, leading the company’s primarily female team of more than 150 to exponential growth. Paltrow also helped facilitate the #metoo movement, as she has always been comfortable pushing important conversations into the mainstream. 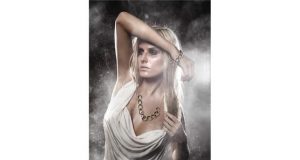 Editor - 17/07/2013 0
A woman can never get enough of jewelry. It is good to update your jewelry collection every once in a while. The newest jewelry trends...