JEANRICHARD is the official timekeeper of The BNY Mellon Boat Race and will support this prestigious and venerable race for the third consecutive time in 2015. As a premiere, the Swiss luxury watch manufacturer will also be the official timekeeper and watch for The Newton Women’s Boat Race, both taking place on 11th April 2015 in London, United Kingdom, as the Oxford Presidents accepted the challenges made by the Cambridge Presidents at the Autumn Reception held at the BNY Mellon Headquarters.
For the third year in a row, JEANRICHARD will serve as the Official Timekeeper and Timepiece of The 161st Oxford and Cambridge Boat Race, when the University Boat Clubs face each other on the Thames on Saturday, 11th April 2015 for the world’s most renowned and traditional Boat Race.

For the 2015 event The BNY Mellon Boat Race will be joined by The Newton Women’s Boat Race for the very first time and will mark sporting history, when thousands of live spectators along the banks of the Thames and millions of TV viewers from the UK and worldwide will follow both the men’s and women’s Races.
Both, The BNY Mellon Boat Races and JEANRICHARD have common values and beliefs that are deeply rooted in their respective Philosophy of Life. The men’s and women’s teams of the Oxford and Cambridge University Boat Clubs show dedication, endurance and passion in their Races, all common attributes with JEANRICHARD.
This partnership was also entered into under the aegis of the JEANRICHARD’s Aquascope collection and generated already an exclusive timepiece: an Aquascope model designed in the race’s traditional colours, with a minute-circle and double hour-marker at 12 o’clock reproducing the two shades of blue corresponding to the two teams (Dark Blue for Oxford, Light Blue for Cambridge), a blue rubber strap with a finely-ribbed surface, and a seconds hand adorned with an arrow referring to the logo of the Race. The Aquascope edition for the Newton Women’s Boat Race will in addition feature the “rubbergator” strap in all feminine white. This new development by JEANRICHARD combines the style and elegance of an alligator-skin strap with the water-resistance of a strap made out of rubber.
“The partnership with The BNY Mellon Boat Races is an example of how JEANRICHARD’s Philosophy of Life is executed in a passionate yet highly intense challenge” said Bruno Grande, Managing Director of JEANRICHARD. “With pleasure we announce the support of The Newton Women’s Boat Race for the first time and also the creation of an exclusive Aquascope timepiece for the ladies”.
The BNY Mellon Boat Race and The Newton Women’s Boat Race will take place on Saturday 11th April 2015 at 5.50pm and 4.50pm respectively. 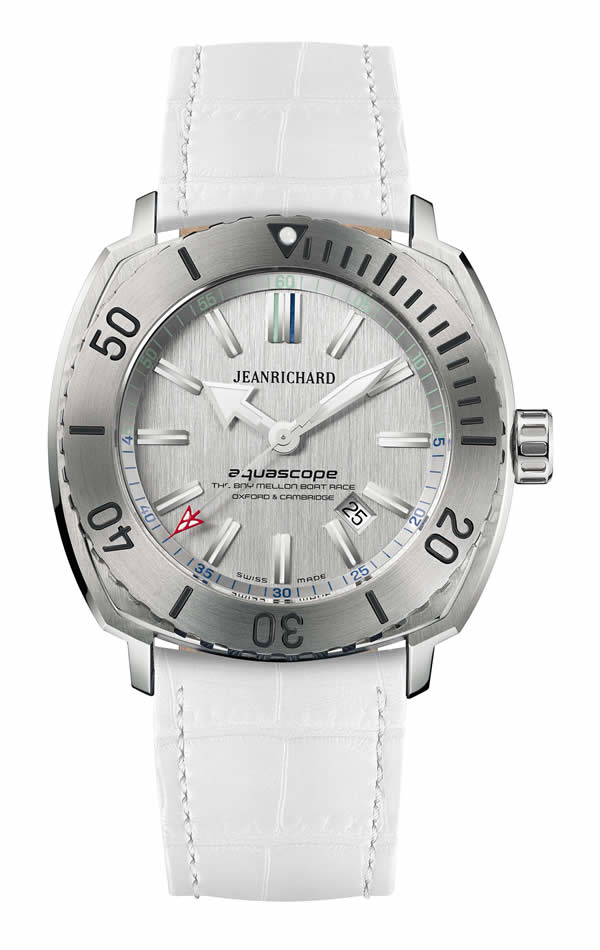 ABOUT JEANRICHARD
JEANRICHARD watches have been conceived for all those who enjoy challenges, revel in the unknown, and would like to live their lives to the fullest, savoring the best of each moment. These are the everyday adventurers, who enjoy authenticity and will make no compromise, be it on quality or on design. These are independent spirits who scorn conventions and play by their own rules and Philosophy of Life, travelling off the beaten paths.
The art of life JEANRICHARD timepieces come in four different collections that each pay tribute to the elements of our universe: Terrascope, Aquascope, Aeroscope and 1681. Earth, water, air, plus the fire of passion that has inspired our brand for over three centuries and has excited sophisticated globetrotters every day anew.
JEANRICHARD is part of the Kering Group, a world leader in apparel and accessories, which develops an ensemble of powerful Luxury, Sport & Lifestyle brands.
ABOUT THE OXFORD CAMBRIDGE BOAT RACE
The Oxford Cambridge Boat Race was founded in 1829 by two friends and students at the respective universities. It has risen to become one of the oldest sports events in the world – and one of the most revered traditions in Great Britain. It has been held annually since 1856, with an exception during the two World Wars. Nowadays it attracts over 250,000 spectators on site and is watched by about 7.5 million BBC television viewers. And that does not include the international viewership from the broadcasting in over 200 countries throughout the world.
The Oxford & Cambridge Boat Race – known as The BNY Mellon Boat Race after its main sponsor – is played out on a 6.8-kilometre stretch on the Thames River between Putney and Mortlake to the west of the centre of London. It requires outstanding athletic form and great commitment from the participants. The crews are selected from students at the two universities. They train intensely for over six months, while at the same time pursuing their studies full time. Tradition has it that the loser of the previous year’s event has to go to the winner to throw down the gauntlet. 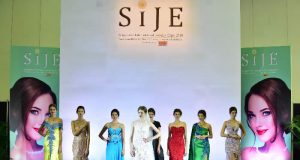