Home NEWS JEANRICHARD kicks-off partnership with Arsenal FC
Facebook
Twitter
Pinterest
WhatsApp
Linkedin
ReddIt
Email
Print
Tumblr
Telegram
VK
Digg
LINE
Viber
The Swiss watchmaker JEANRICHARD becomes Global Partner as well as “Official Watch” of the emblematic London football club Arsenal FC of the English Premier League. This long-term partnership marks a major step forward for the newest oldest Swiss watch brand that is now going to play in the “Premier League” and for Arsenal that has a very strong global following.
Football, just like watchmaking, is a Philosophy of Life. Team spirit, dedication and passion are common values; joining fans, players, collectors, watchmakers and everyone involved in the history and pioneering spirit of both JEANRICHARD and Arsenal on one common ground. It was therefore a natural decision that both organisations now embark on a new journey together.
What started off in 1886 in Woolwich when a group of factory workers got together to build the “Arsenal”, has gone on to form one of the most successful football teams in English and European history.

Now, over 125 years later, the “Gunners” are not only known for their numerous achievements or their heritage. Arsène Wenger’s philosophy to find the best young talent and develop them into the stars of tomorrow is known the world over.
Just as Arsenal is known to recruit and develop young talents, Daniel Jeanrichard, founder of the watch industry in the late seventeenth century, embarked on a journey to educate the next generation, promoting values nurturing his Philosophy of Life – passion for hard work, authenticity, fair play, team spirit, and loyalty amongst each other. Jeanrichard was careful to hand down the knowledge and the spirit of excellence to future generations, and played an important role in setting up an apprenticeship system that is active to this day.

“A strong heritage combined with young team spirit and style: Arsenal and JEANRICHARD share the same Philosophy of Life,” said Bruno Grande, CEO of the Swiss watchmaker. “Both are considered forward thinkers in their fields and “passing on the ball”is our common approach. The Gunners just as the JEANRICHARD people are out “on the field” to make the most of every moment and strive to accomplish extraordinary things day in and day out with passion and respect.”
“Timing, tempo, style and elegance are key attributes of the way Arsenal play its football and of the JEANRICHARD brand” said Vinai Venkatesham, Sales and Marketing Director of Arsenal Football Club. “With such a strong fit between our two companies we are delighted to have agreed a long-term partnership with JEANRICHARD.”
JEANRICHARD has been one of the first luxury watchmakers to support football on an international level starting with its Italian venture in 2003. As a Global Partner as well as “Official Watch” of Arsenal, it will now support the Gunners on the impressive home-turf of Emirates Stadium and on the road. Alongside significant presence within the stadium on match days, the Swiss watchmaker will unveil a limited edition “Arsenal” watch in the near future, to drive the success of this partnership on all levels. 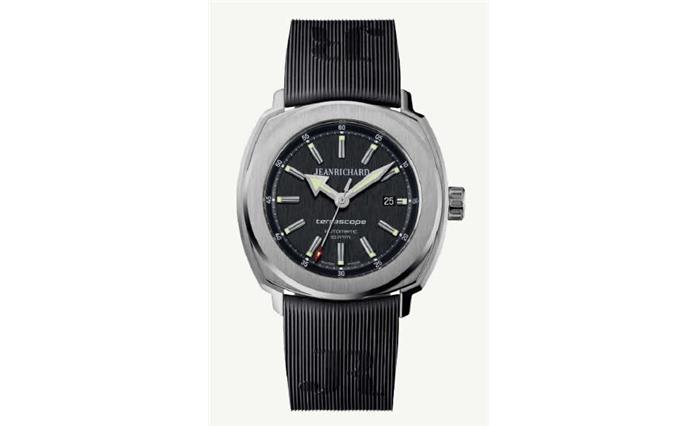 JEANRICHARD watches have been conceived for all those who enjoy challenges, revel in the unknown, and would like to live their lives to the fullest, savouring the best of each moment. These are the everyday adventurers, who enjoy authenticity and will make no compromises, be that on quality or on design. These are independent spirits who scorn conventions and play by their own rules, travelling off the beaten paths.
The art of life JEANRICHARD timepieces come in four different collections that each pay tribute to the elements of our universe: Terrascope, Aquascope, Aeroscope and 1681. Earth, water, air, plus the fire of passion that has inspired our brand for over three centuries and has excited sophisticated globetrotters every day anew. JEANRICHARD is part of the Kering Group, a world leader in apparel and accessories which develops an ensemble of powerful Luxury and Sport & Lifestyle brands.
ABOUT ARSENAL FOOTBALL CLUB
Arsenal is one of the leading clubs in world football with a strong heritage of success, progressive thinking and financial stability. Arsenal Football Club was founded in 1886 in Woolwich, south London, before moving to Highbury in north London in 1913. Arsenal has an impressive roll of honour: English League Champions 13 times, FA Cup winners 10 times, League Cup winners twice and European Cup Winners’ Cup (1994) and European Fairs Cup (1970) winners once.
In addition, Arsenal Ladies are the most successful English club in women’s football. Arsenal’s Manager since 1996 has been Frenchman Arsène Wenger. Wenger is Arsenal Football Club’s most successful manager. His honours include three League titles, four FA Cups and four Charity/Community Shields, including two League and Cup ‘doubles’ in 1998 and 2002. 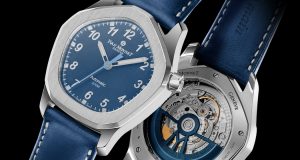