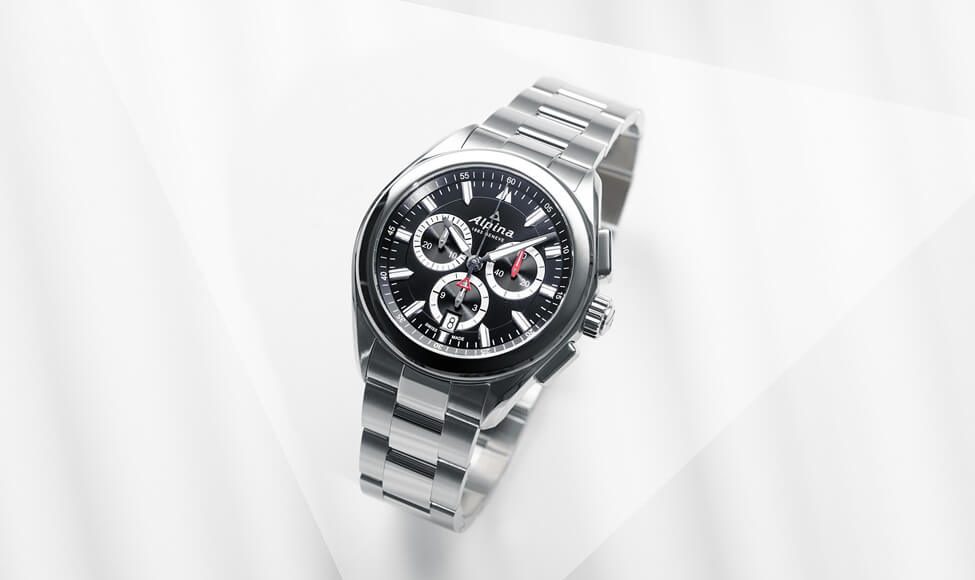 In 2022, Alpina is renewing its partnership with the Freeride World Tour for the 5th consecutive year. To celebrate this collaboration Alpina is revealing an exclusive limited edition, the Alpiner Quartz Chronograph Freeride World Tour 2022, produced in 100 pieces, to the delight of aficionados of mountain slopes and snow sports.

For four years, Alpina and the Freeride World Tour have shared the common values of the mountains, sport, excellence, performance, and precision. Again this year, Alpina is proud to be able to witness the ascension of the athletes to reach their peak, and excel.

Now the most demanding freeride skiing and snowboarding competition ever known, and attracting the best athletes from across the world, the Freeride World Tour will be celebrating its fifteenth anniversary in 2022. After fifteen seasons of challenges, lines to create with ever-increasing inventiveness and technical mastery, and snow-covered mountain slopes which are more impressive with each descent, this time, the Freeride World Tour boasts a new stage in Spain, as well as a new format for the Qualifier Tour.

The competition this year will begin at Baqueira Beret, in Spain, from January 22th – 28th, and will be followed by the traditional stop-over in Andorra, at Ordino-Arcalís, from January 30th to February 5th. The tour will continue in Canada, in the Kicking Horse Golden BC resort, then at Fieberbrunn in Austria, before its finale on the iconic and majestic Bec des Rosses at Verbier, in Switzerland, from March 23rd to April 3rd.

Bearing the name Xtreme Verbier, this stage that celebrated its 25-year anniversary in 2021 is, without doubt, the pinnacle of freestyle skiing and snowboarding. Probably the most difficult terrain to master, it allowed itself to be tamed last year by Victor De Le Rue (snowboard), a member of Alpina’s Alpinists Team who claimed his second world champion title – the first in 2019.
In 2022, Alpina is proud to support Victor for a new season, alongside Juliette Willmann in the women’s skiing category.

As is customary and to celebrate the renewal of its collaboration with the Freeride World Tour, Alpina is presenting a dedicated limited edition, which this year is called the Alpiner Quartz Chronograph and which will be produced in only 100 pieces.

A descendent of the famous Alpiner4, created by Alpina in 1938 and bringing together for the first time the 4 key features of a sports watch – anti-magnetic, shock resistant, waterproof, and made of stainless steel – the Alpiner Quartz Chronograph Freeride World Tour 2022 proudly pays tribute to it by reproducing these fundamental principles, to which it has added a chronograph.

A sporting complication par excellence, it is differentiated on the black dial by three counters enhanced by a silver circle, in whose center the hands turn, covered in luminescent material, echoing the hour and minute hands. At 12 o’clock, instead of the famous Alpina red triangle – which finishes the second hand here – the Freeride World Tour logo sits proudly. Representing decidedly and obviously alpine peaks, its natural place is assuredly on this timepiece, the Alpiner collection being, since Alpina began, dedicated to the alpine world.

A 42 mm steel case houses everything, fitted to a three-link alternation of satin and polished links, echoing it. On the back of the watch, freeride fans can admire the legendary Bec des Rosses engraving, alongside the Freeride World Tour logo and the limited edition number X/100.

The power of quartz

As regards the movement, the choice of a quartz caliber offers the Alpiner Quartz Chronograph Freeride World Tour 2022 some exclusive strengths. The first, longevity in a class of its own, with the autonomy of four and a half years, depending on use. If put aside for a day, a weekend, a month, or even a year, this watch will always be fully operational, ready to climb new peaks.

The second, quartz is nearly totally shock-resistant and guarantees chronometric accuracy far greater than that of a mechanical movement, for a fraction of its price. Finally, this movement also offers a date, a functional additional and useful for everyday use. 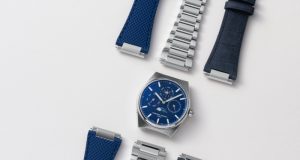 SEO Manager - 03/11/2020 0
The Highlife Perpetual Calendar Manufacture epitomises this approach. "Highlife" is the revival of a legendary line, part of an historic collection that has shaped...